Surrounded by frozen limestone peaks and engulfed by snow for up to five months per year, the town of Cetinje sits in an isolated valley of alpine beauty – green fields, apple-crumble rocks and clipped woods. The city itslef is noted for its museums which chronicle the turbulent history of the Montenegrins.

Founded in 1482 by South Slav clans in retreat from the advancing Turks, the true history of early Cetinje was obscured by nineteenth-century Slav nationalists – encouraged by that time contemporary kings of Montenegro – who were keen to foster the myth of unconquerable Montenegrin’s clans

In fact the Turks conquered the region in 1499 but made little effort to keep control of it. The clans unifying force was the Orthodox church whose bishops, based in the monastery of Cetinje, took over what little government there was in 1516.

Nevertheless, Cetinje was to have a major political influence that far out weighted its economic and territorial significance, for the last stages of the decline of the Ottoman state coincided with the rise of Slav nationalism. As the Slavs cast around for symbols of independence they stumbled upon Cetinje with its ready-made dynasty of Prince-Bishops.

It was the Treaty of Berlin in 1878 that added the strip of coast from Bar to Ulcinj to Monenegro. Subsequently,the country was occupied by the Austro-Hungarians and in 1916, Montenegro was forced into the kingdom of Yugoslavia.

What to See and Do in Cetinje 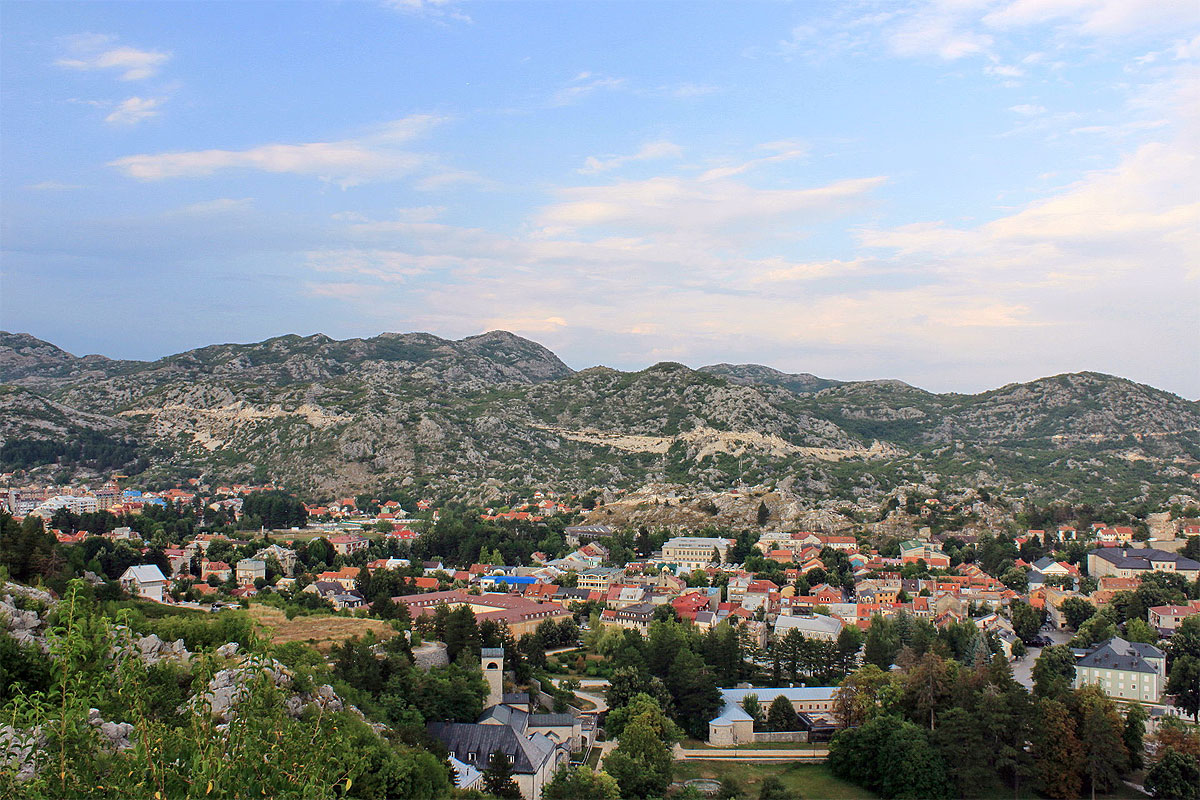 Biljarda residence takes its name from the billiard table that was dragged up here from Kotor at great effort and expense by the order of Cetinie’s most famous ruler, Petar Njegos II (1803-1851).

Petar was in every respect a remarkable man. six foot eight inches tall and stunningly good-looking, he was not only a successful secular and religious ruler but diplomat and poet of distinction and he greatly admired the French Romantics.

Among several major works he produced was the greatest epic poem of Montenegro entitled The Mountain Wreath. He also spoke French, German, Russian and Latin, and read the literature, philosophy and jurisprudence of these languages in the original). He died young at the age of 48.

Considering Petar was such an extraordinary man, the exhibits in the Biljarda are a disappointment: most of the rooms of the museum are filled with incidental bric-a-brac from his life and administration including pictures and portraits, the famous billiard table, and a selection of his reading material which is still on display in the old Library.

In a large glass pavilion attached to the side of the Biljarda, the huge relief map of Montenegro was constructed by officers of the occupying Austrian army in 1917. Part of an intelligence-gathering exercise, the map shows just how mountainous Montengro really is.

Behind the Bijarda is the Monastery of Cetinje which was built by the founder of the Njegos dynasty, Prince-Bishop Danilo, in 1701. Part church, part fortress and part munitions store ( in the best of Monenegrin tradition), the monastery buildings housed a rudimentary administration under the aegis of Danilo and his successors, who fused together the functions of state and church to forge a dynasty of theocatic rulers.

A small cruciform chapel contains the tombs of Njegos notables, including Prince Danilo and Petar I, the uncle of the celebrated poet – king. It also contains a gospel dating from 1493,the Octoich of the First Voice, the most important religious book published just eighteen years after Caxton’s Histories of Troy, it is one of the oldest printed books in existence and certainly among the first ever printed in a Slav language.