The second-largest Dalmatian island, Hvar is known far and wide not only for its green setting and omnipresent scent of lavender but also for the extraordinary beauty and harmony of its ancient towns of Stari Grad and Hvar.

At Hvar there are many charming, deep bays where delightful villages are located, such as Vrboska, and facing the shore of the island are numerous islets which attract sailing enthusiasts with their green settings and indented shorelines.

As many worldwide touristic magazines published – the island of Hvar is proclaimed as one of the ten most beautiful islands anywhere in the world.

Hvar is also widely renowned for its medicinal herbs, notably lavender which blankets large parts of the island.

The best known of these islets are the Pakleni otoci which protect the town of Hvar from the ravages of storms at sea. 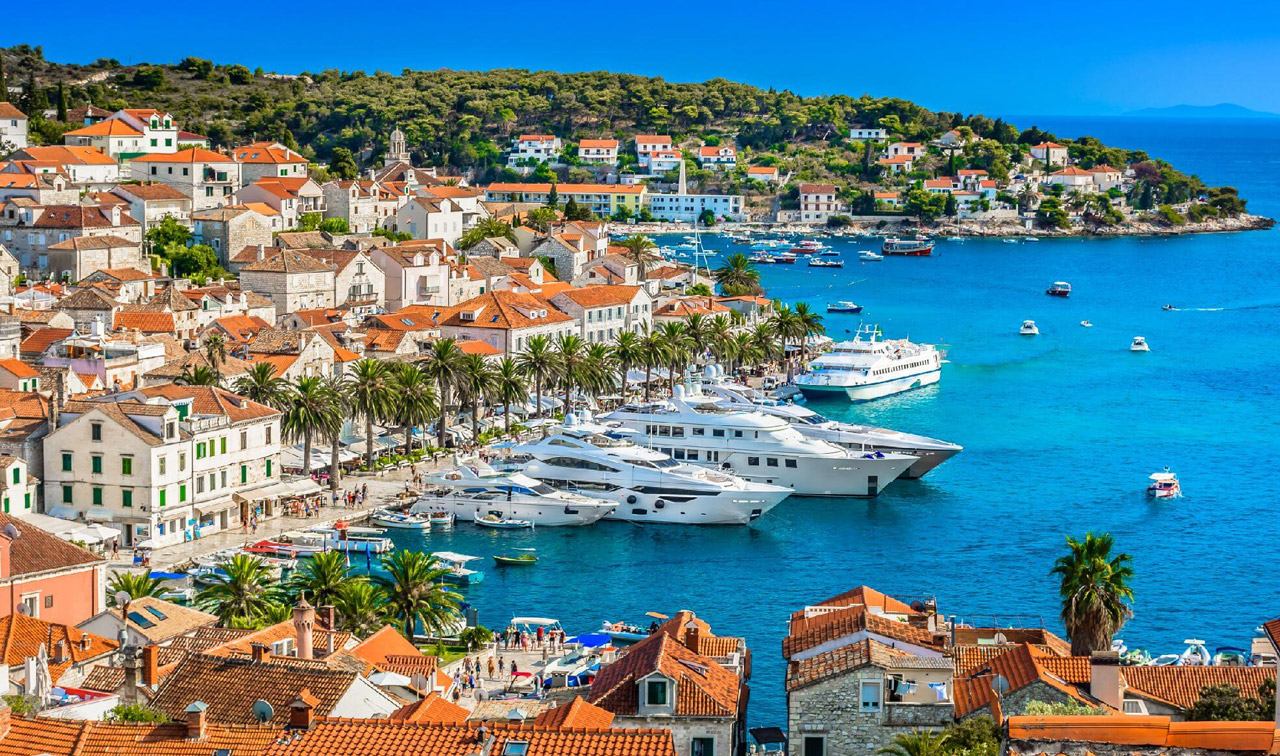 The island center of the Croatian island of the same name, Hvar, is a combination of the magnificent Mediterranean nature, a valuable and diverse cultural and historical heritage, and sophisticated tourism.

The city is situated in a picturesque natural setting on the south side of the island. Surrounded by mighty medieval city walls, magical fields and lavender scents, Hvar is an inexhaustible treasure trove of heritage, culture and atmosphere.

The name comes from the word PHAROS, the Greek name for the island of Hvar, and the city, which used to be in the place of today’s Stari Grad, took over the role of the island center in the 13th century.

From the “Španjol” castle, high above the city, there are wonderful views of the green islands of Pakleni otoci (the ACI Marina Palmižana) and the open sea.

The main square in front of the cathedral next to the “Arsenal” and the oldest theater in Europe from the 17th century is the favorite meeting place for tourists.

In the many museums there are very valuable works of art hidden (the last supper from the 15th century in the dining room of the Franciscan monastery), the Benedictine monastery, which is known for its lace and agave fibers, is also popular.

As we said before, the island of Hvar is considered one of the ten most beautiful islands in the world. It is famous for the healing properties of its clean air and clean sea. Situated in central Dalmatia, it is one of the sunniest islands in Croatia, with 2726 sunny hours per year.

Characteristic for the Hvar shoreline are numerous bays. Larger cities on the island are the cities of Hvar, Stari Grad and Jelsa. The pristine landscape and rich cultural heritage have made the island one of the first tourist resorts on the Adriatic.

The city of Hvar, which is the capital of the island, is referred to as St. Tropez of Croatia.

An undeniable advantage of the entire island is a very well-developed tourist infrastructure. And similarly to Zadar accommodationyes, and Hvar mostly offers private accommodation.

What to See and Do in Hvar Island 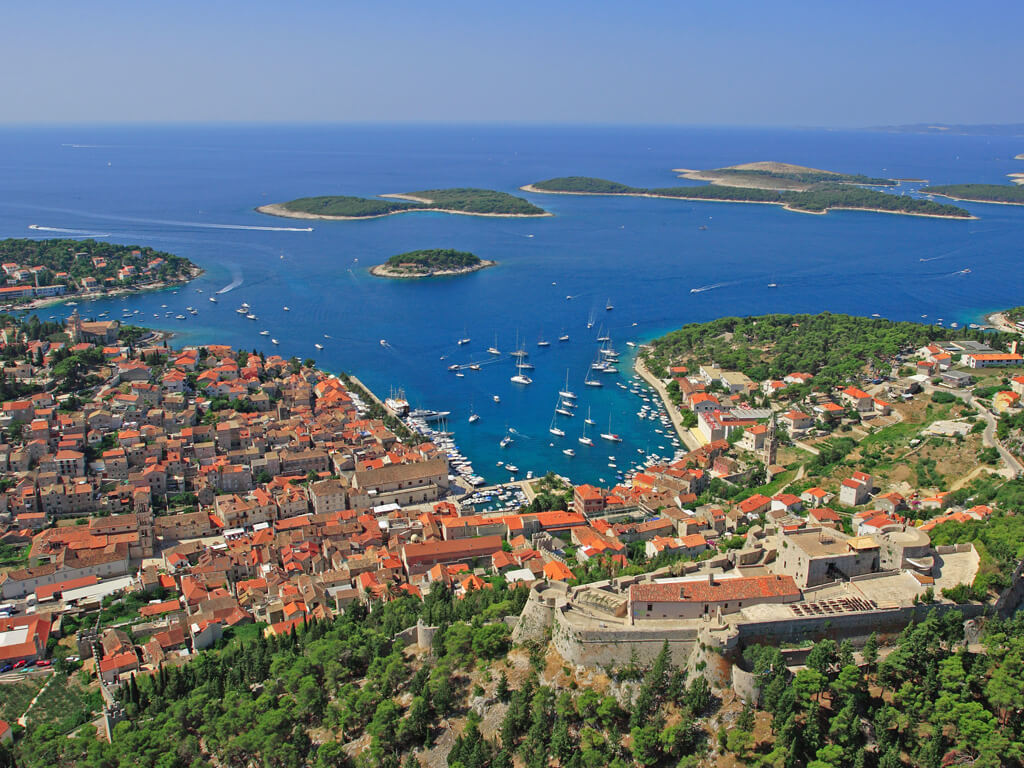 The main and most numerous monuments on the island come from the period of Venetian rule (16th-18th century). In Stari Grad you can admire one of the examples of the architecture of a country house – Hektorovicev Tvrdalj.

The city of Hvar is distinguished by St. Stephen’s Cathedral, dominating the main square of the city and a Spanish fort that is located above the city. Particularly interesting are the churches – strongholds in Jelsa and Vrboska, which were supposed to protect the inhabitants from the attacks of the Turks in the 16th century.

Due to its natural conditions, the island has become one of the first tourist resorts on the Adriatic. One of the first hotels on Hvar was built thanks to Austrian Queen Elizabeth in 1899, and the island of Hvar was quickly hailed as “Austrian Madeira”.

Becuase of the mild climate with warm winters and pleasant summers, Hvar is visited by many guests every year. They are also attracted by Mediterranean nature, rich traditions and intense nightlife.

High quality wines are produced on the island of Hvar. Vineyards located on steep slopes stretch to the south of the island.

Plenty of sun is also conducive to the growth of aromatic plants, which are used to produce essential oils and other products used for various purposes. Traditional medicinal products are lavender and rosemary.