The Plitvice Lakes are situated in the karst region of Croatia 190 km from Zagreb and 40 km from the nearest Adriatic city of Senj.

The lakes were shaped by limestone sediments and minerals spread by water flow and absorbed by plants and trees. Over time these turned to stone, a unique phenomena of this karst region.

In 1996 the Plitvice Lakes were entered in the UNESCO Register of World Natural Heritage Sites.

The area of Plitvice, declared a National Park in 1949, comprises densely forested mountains and a string of sixteen crystal clear emerald lakes and waterfalls.

Alongside the lakes there are over 50 miles of walkways allowing nature lovers a rarely seen abundance and diversity of plants and animals.

Plitvice Lakes – Is it worhwhile to visit ? 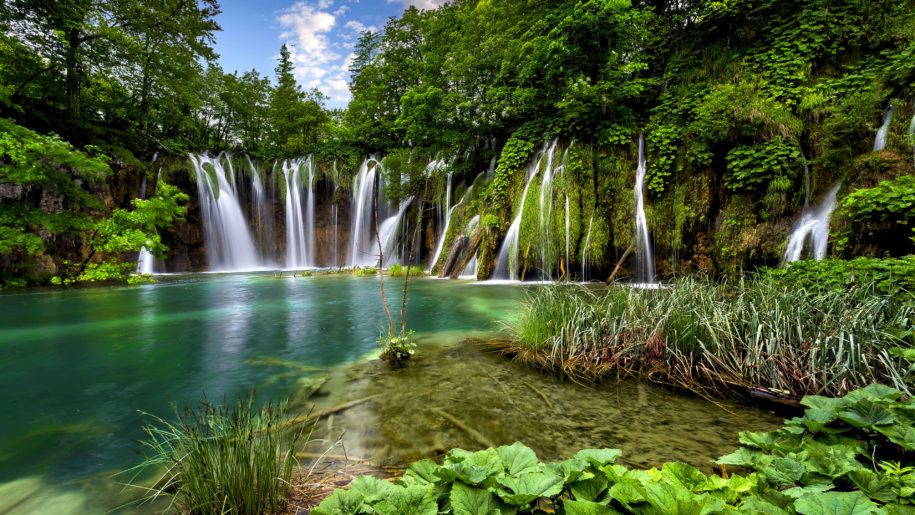 Croatia is a country in which it isn’t impossible to be bored. In this beautiful country it is possible to tour a lot of very interesting attractions. Undoubtedly, the most famous attraction about which everyone probably heard is Dubrovnik. Incredible, ancient city located on the South of Croatia in Dalmatia.

Another very famous attraction are the Plitvice Lakes, although certainly less known than Dubrovnik. They are located in the oldest National Park in Croatia, which is entered to UNESCO World Cultural and Natural Heritage list.

Definitely it is worthwhile to visit this remarkable place, because there are superb views waiting for us in the form of verdure, amazing waterfalls, crystal-clear water by which you can see hundreds of fish as well as fresh air, which it is hard to get in cities in which many of us usually live and work.

I was really fascinated with Plitvice Lakes as well as the entire Park which surrounds it, therefore certainly some day we will come back there.

Our advice is to start touring immediately after the opening of Park, since this way we can calmly see the Plitvice Lakes, without a huge amount of people surrounding us, who start to appear at noon.

Plitvice lakes are unique miracle of nature which consists of 16 big and few small lakes that are lying at different altitude and are separated by travertine barriers and linked by foamy waterfalls and cascades.

Nature has left us a beautiful treasure, which consists of 14 caves, 1146 plant species, 140 species of birds, bears, foxes, wolves, wild cats and mammals.

Tourists can take a tour of Plitvice Lakes alone because there are many wood bridges, paths through the forest, trains and boats. Jaques Cousteau has recorded everything on his famous trip.

This national park is a one of the world’s unique beauties and it is under UNESCO protection.