Trogir – a harmonious stone town on an islet, connected to the mainland and the island of Čiovo by a bridge. The old town center, which is under UNESCO protection, is a real treasure trove for lovers of works of art, Renaissance and Baroque buildings, Romanesque churches …

Trogir was also named as a museum town, as evidenced by the well-known portal of the cathedral, which was built by the master Radovan in 1240. There is also the Renaissance city loggia, the thousand-year-old Sv. Nikola, in which the famous relief of the ancient god Kairos from the 4th century BC is preserved.

The small, narrow streets and squares, the numerous restaurants, cafes, souvenir shops and galleries give this city a special one, along with numerous cultural and musical events Mediterranean atmosphere. 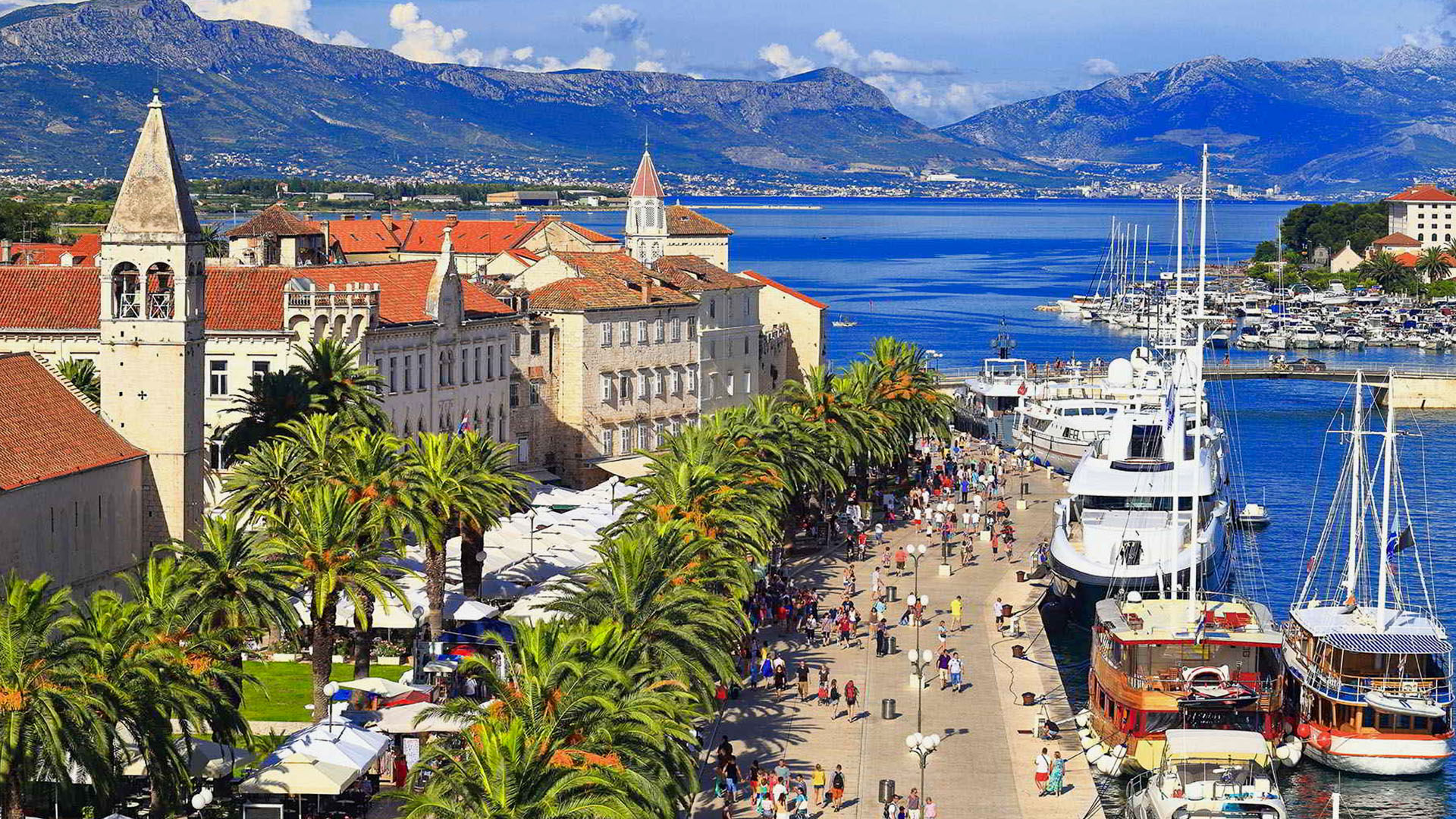 Trogir is one of the most interesting Croatian cities that are worth visiting while relaxing on the Makarska Riviera. The city with over 2000 years of history, offers tourists an unforgettable atmosphere, monuments and museums.

In addition, the location on the Adriatic gives the possibility of lazy sunbathing on the beach or water sports. The variety of accommodation and their number allows you to choose the most suitable accommodation both in terms of price and standard.

It can not be hidden that Trogir is a city that functions largely thanks to tourism. Apartments Trogir, like apartments Zadar , are one of the most popular offers among foreign tourists.

One of the monuments of Trogir that you must visit is the Cathedral of Saint Lawrence. The church dates from the 13th century and impresses with an amazing portal created by master Radovan. Kamerlengo Fortress, located at the north end of the island is a building dating from the fifteenth century.

The main tower is open to the public, and in the summer numerous concerts and cultural events take place within the fortress. Around the Old Town and the port of Riva there are numerous restaurants, bars and cafes that serve delicious Mediterranean cuisine.

It is definitely best to get around Trogir on foot. There are three parking zones here, but in the season driving around the city by car and searching for a place in parking lots is definitely a waste of time and nerves.

Beach lovers will also be delighted with Trogir. Okrug Beach is located on the island of Čiovo, and can be reached by car or boat. Noteworthy are the Pantan beach, located a few kilometers behind Trogir, towards Split and the beach of Medena. The first one can be reached by bus (line 37). The latter is located 4-5 km from Trogir.

People who only want to visit the city and not sleep in it, the best way to get to it is by a small cruise ship.

8-Day Cruise From Split to Dubrovnik on Freedom 2021

One Way Cruise from Dubrovnik to Trogir on Robin Hood 2021

Your perfect Croatian cuise starts in Dubrovnik. Take some time to explore this Adriatic jewel city before boarding the Robin Hood ship. The cruise ends in Trogir, a small UNESCO Heritage town, easy to reach due to its proximity to Split airport.

One Way Cruise from Trogir to Dubrovnik on Robin Hood 2021

Easy to reach due to its proximity to Split airport, the UNESCO Heritage site of Trogir is a great embarkation port. Sail Dalmatian coast by visiting all the most attractive areas till your disembarkation in the magnificent Dubrovnik.

Pride of Adriatic Cruise Trogir to Trogir on Robin Hood 2021

Step into history and come to Trogir, a UNESCO Heritage site, known for its magnificent Romanesque, Rennaisance and Baroque architecture. Here you will start your visit to the Dalmatian coast while sailing aboard Robin Hood ship, perfectly designed for calling small Croatian ports.