For those who have had the pleasure of visiting Dubrovnik, you know exactly what I am talking about. For those who have not, we urge you to visit this fascinating place! Full of beauty and culture, you cannot help but to instantly fall in love with it. Located in Croatia at the Dalmatian coast, became an important Mediterranean sea powerfrom the 13th century onwards.

Dubrovnik is one of the architectural wonders of the Adriatic coast. The old city is proclaimed as an UNESCO World Heritage Site.
The old town of Dubrovnik has beautiful Gothic, Renaissance and Baroque churches, monasteries, palaces and fountains, which all cut from the same light-coloured stone.

One Way Cruise from Dubrovnik to Trogir on Robin Hood 2021

One Way Cruise from Dubrovnik to Split on Swallow 2021

One Way Cruise from Dubrovnik to Split on Summer 2021

One Way Cruise from Dubrovnik to Split on Splendid 2021

Adriatic Discovery Cruise from Dubrovnik to Split on New Star 2021

Adriatic Discovery Cruise from Dubrovnik to Split on Ban 2021

8-Day Cruise from Dubrovnik to Split on Symphony 2021

8-Day Cruise From Dubrovnik to Split on Fenix 2021

8-Day Cruise From Dubrovnik to Split on Cristal 2021

Why Dubrovnik Should be the Starting Port of Your Cruise Vacation in Croatia?

The City of Dubrovnik was built on a sea-rock at the foot of mountain Srđ and represents a perfect example of medieval system of construction. The Statute of the City from 1272 established the final urban regulation of building the City inside the City walls and it has been preserved up to the present days.

Careful deliberation, sense for function and harmony have not disordered but enriched later interventions, brought with coming times that were particularly damaged by disastrous earthquake in 1667. There are two main entrances to the City; from Pile at the western side (Pile Gate) and from Ploče at the eastern side (Ploče Gate).

The City harbour had two exits towards the sea (Vrata Ribarnice and Vrata od Ponte). In the 19th century the new entrance to the City was constructed at the northern side of the city walls overlooking the mountain (Vrata od Buže). You can start your sightseeing the City from Pile. The very first of numerous historic sites of Dubrovnik before entering the City is the fort Lovrjenac.

Inside the Dubrovnik City walls

Imagine being in the mid evil times and roaming the old cobble stone streets of a beautiful and enchanting city. A city surrounded by a sea so clear and blue you can see the bottom. The sky is clear and the breeze is calm and soothing; you have no choice but to be relaxed and at ease. Bright orange roofs of buildings peak out between the massive walls that surround them.

The friendly town’s people and merchants line the streets, putting on display the city’s rich and vibrant culture. There is no need to imagine a place like this because it truly does exist. This wonderful place is called Dubrovnik which is located in the southern part of Croatia.

When looking for a place to vacation look no further, Dubrovnik is the paradise you have been waiting for. Dubrovnik is a city that is surrounded by a large gray wall built from rectangular stone blocks. This wall is around 80 feet high and 6360 feet long overlooks the Adriatic Sea.

The salty blue sea sparkles in the sunlight and clashes gently against the wall. The people of the town are reminded about the warmth the sea brings with every sizzling splash. Sailboats are carried to the ports of Dubrovnik by the cool summer wind with people on board ready to explore the amazing city and nearby islands of Dubrovnik.

The beautiful city of Dubrovnik will astonish any tourist who comes to explore it. There isn’t a chance that anyone can pass on an opportunity to feel the warmth of the blue Adriatic Sea or explore the cobble stone streets of Dubrovnik. This is the city of romance and relaxing environment with beautiful scenery. It is truly the paradise that everyone is looking for.

What to do in Dubrovnik 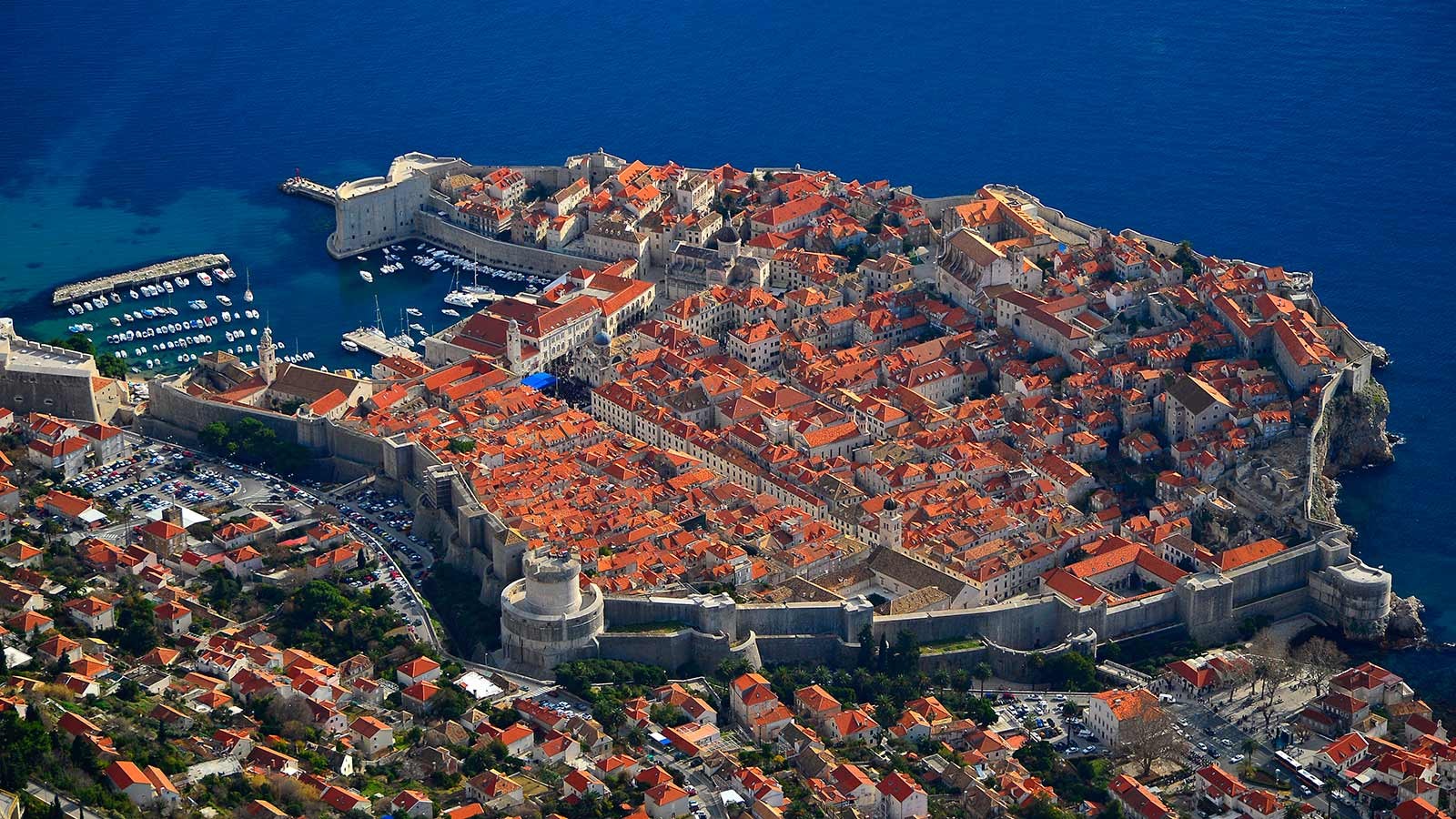 There is so much to do in Dubrovnik it can sometimes be overwhelming. It’s always best to go with a plan of attack and decide what you want to see while you there. A top activity to do in Dubrovnik is walking around the wall that surrounds that old city. Don’t think that it’s a waste of time.

Walking around the wall is truly a fantastic experience. There are views of the Sea, the town outside of the wall and of course overlooking all the amazing red tile roofs. Be sure to bring your camera with you, because you will most definitely be taking some amazing photos that your friends will be jealous of.

There are many other activities in Dubrovnik such as city bus tours, walking tours, kayaking, sailing, boat tours, wine tasting etc. Don’t be afraid to explore places outside of the old city. As summer fast approaches, Dubrovnik can become quite crowded with tourists. Sometimes people need to get away from the crowds.

Cavtat is another great city to visit. It’s smaller than Dubrovnik and have a few good places to relax and swim. The streets are lined with cafes that overlook the water. You can see some amazing sunsets just sitting at a café drinking Bjela Kava (white coffee).

If you are one of the many people that love to explore the night life of different places, you will love Dubrovnik’s night life. While there are many bars to choose from outside the old city, Old Town Dubrovnik is really the place to be. Walking down the Stradun in the Old city, all you have to do is turn down one of the many allies and you will find a great bar to have a good drink.

Some of my favorite bars to go to in Old town are the “Irish Pub”, “Casablanca”, and “Hemingway”. The “Irish Pub” is a great bar to go to meet other travelers. It’s hard not to get into a conversation with someone while you’re at the pub.

Casablanca is more of a locals bar with louder music, but always a good time. Hemingway is a cocktail bar and the drinks can be a little pricey, but the atmosphere is fantastic and they never seem to disappoint.

These are just some of hundreds of bars that are around the Old City and if you walk around you are sure to find a great bar.

Most of the bars stay open until about three o’clock in the morning, but if you aren’t ready to go home just yet, take a walk right outside the Old City and make your way to “El Capitano” or “Fuego”.

These clubs stay open until about six o’clock in the morning and they are great choices if you are looking for some more late night partying.

During the week, you will find the bars are not that crowded and you can get around pretty easily, but on the weekend the locals go out and the bars can become very crowded. Don’t be surprised if you look up an ally way and see hundreds of people packed in the bars and allies.

If you are looking for something more low key, especially on the weekends, you might want to find some place outside of Old Town. There are so many places to choose from its impossible not to have a good time!